[Interview with Mr. Kizo Hisamoto, Mayor of Kobe City]
How Japan Can Attract Human Resources that can Act as Global Leaders 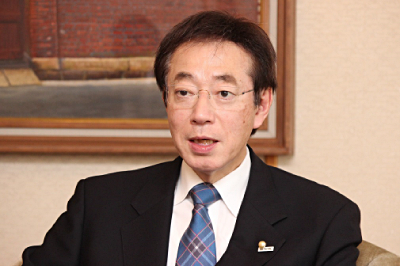 In recent years, cities all over the world have been facing increasingly fiercer competition when trying to attract foreign-based companies. Against the backdrop of national governments placing emphasis on attracting overseas direct investment, an increasing number of cities have also been increasing their efforts to attract companies. In this environment, it is significant for Japan to find better approaches to this goal. METI held an interview with Mayor Hisamoto, serving his second term in office since 2017, to delve into this topic.

- Cities all over the world have been facing increasingly fiercer competition when trying to attract foreign-based companies. How have Kobe City’s efforts to attract such companies been affected?

We are involved in the global economy. This is the time when cities must show leadership in their respective regional economies, because outstanding human resources tend to converge in cities. In the Asia-Pacific area in particular, large cities are competing with each other for the best human resources. Human resources are a source of city growth, and city growth is a source of growth whose effects range from the national economy to the global economy. To acquire human resources that can act as global leaders, attracting foreign-based companies is essential. Foreign-based companies with outstanding personnel and information about market movement are very significant actors for cities. Attracting such companies to Kobe will contribute to attracting promising human resources and this will trigger the growth of the city’s economy.

- Kobe City has a history of providing bases to many companies from overseas. What types of roles does the city play for these companies?

Kobe City has established long history of maintaining close relationships with companies from overseas. These relationships have taught us that many of the companies are very curious about doing business in Kobe. They tend to see Kobe City and its communities from different perspectives. Personnel from these companies often wish to engage in new businesses with regional companies, communities, people and municipalities, and this is highly motivating. Looking at the field of human resource development, Kobe City has been dispatching city staff to foreign-based companies and commissioning the post of personnel counselors to such companies’ retired executives. In the field of medical care where Kobe City is developing, some companies from overseas have been engaging in research on dementia in collaboration with the city. As seen by these cases, these companies contribute to enriching Kobe’s efforts to develop human resources and vitalize regional companies, people and municipalities.

Discover the growth potential of Kobe

- The amount of overseas direct investment in Japan is growing and is not limited to Kobe. Still, it would be incorrect to say that the level is high. What challenges do you think Japan faces in this realm?

When we consider this issue, looking at areas in which Japanese companies focus their investments in foreign subsidiaries provides helpful clues. Japanese companies consider growth potential to be of the highest importance. For example, the Abe administration has been emphasizing investment in Africa as an area with high potential for growth. Kobe is also interested in investing in Africa with federal government support. Additionally, human resources with high expertise are a key to the success of business, and must be fostered.
As in the fields of AI, robots and other leading-edge technologies, human resources with expertise are indispensable, and they need leaders with effective communication skills. It is also important for Japan to ensure political and economic stability and develop simple, transparent and fair business legal systems so that companies from overseas are able to handle business operations smoothly. 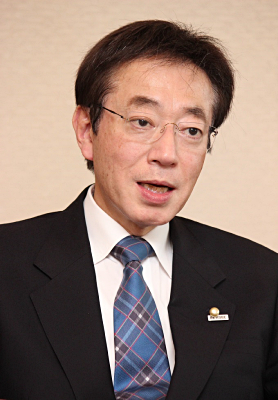 “With the advent of the aging society, I believe that Japan has high growth potential in health care markets that target the elderly.” (Mayor Hisamoto)

When foreign-based companies consider investing in Japan, they sometimes find that Japan’s growth potential is not the same level as Africa’s because of the advance in the population decline that is occurring in Japan. However, thanks to this aging society, I believe that Japan has high growth potential in health care markets that target the elderly. Kobe City has been engaging in the KOBE Biomedical Innovation Cluster Project because of this potential. Reaching these markets with high growth potential is important. In terms of available human resources, Japanese elementary and secondary education systems boast the world’s highest level. However, there are some difficulties in the communicating in foreign languages. To overcome this, Japan should foster multilingual human resources, particularly with English communication skills. The various legal and business systems in Japan are actually very transparent and fair; however the way they are administered sometimes leads to misunderstandings for both the public and companies from overseas that are trying to navigate them. Considering this, we should advance regulatory reforms targeting domestic and foreign-based companies.

The citizens of Kobe are also a strong point

- What makes Kobe attractive to both domestic and foreign-based companies?

As one of the first international ports that Japan opened to other countries, it has a long history of experience accumulated over years of engaging in international trade and cultural exchanges. As it has succeeded in developing traditional monodzukuri industries. Kobe has been advancing related exchanges and collaboration efforts with other countries. The Great Hanshin-Awaji Earthquake in 1995 devastated the port area in Kobe, but this prompted us to develop the KOBE Biomedical Innovation Cluster Project from zero, and these efforts are now steadily growing. Another strong point is the citizens of Kobe. Kobe is home to 24 colleges, and as seen by the many overseas researchers conducting research there, the city is blessed with a variety of international human resources thanks to the history of the regional people who spent their lives together with non-Japanese nationals with different cultural backgrounds. When it decided to open up Kobe to other countries, Japan developed large community areas for these diverse groups to settle together with Japanese locals in addition to settlement areas exclusively for people from foreign countries. This became the foundation of Kobe on which the citizens formed their communities together with people from overseas, and has taken root in our traditions.

- Is the outflow of population to the Tokyo area still a challenge in making regional cities attractive?

The ability to stop population outflow depends on the ability to enhance the attractiveness of regional cities. Kobe therefore should focus on approaches to developing itself as an international port city which will literally bring in new points of view. Encouraging the city to develop through directly connecting with other countries and welcoming more diverse human resources is a win-win scenario. As one of the efforts to this end, Kobe has signed a collaboration contract with 500 Startups, a U.S. company that provides seed capital funding. The purpose of this collaboration is not only to encourage entrepreneurs to start businesses but also to attract human resources from overseas and encourage them to utilize Kobe as a friendly stepping stone to the largest markets. We hope that this effort will improve the value added of the city. Creating a system in which Kobe attracts, develops and produces outstanding human resources, and encouraging them to foster the next generation of human resources, is our ideal goal.

Expectations for venture businesses in the field of medical care

- The KOBE Biomedical Innovation Cluster Project is now steadily developing. Is there any potential for the city to become a model case for companies in developing business overseas?

The KOBE Biomedical Innovation Cluster Project started from zero after the earthquake. At the time, the site (Kobe Port Island was chosen during the second call for applicants) was freshly bulldozed, but now it works as a base for over 340 companies, such as research institutes like RIKEN, a cluster of advanced hospitals, colleges and medical care-related companies. As a future effort, we will establish the Foundation for Biomedical Research and Innovation at Kobe in April 2018. This foundation will aim to help these companies and associations to jointly produce further synergy effects and, to this end, it will coordinate efforts among them. As its major mission, the foundation will convey Kobe’s image as a medical industrial city to the rest of the world and will provide information and advance exchanges with overseas medical care clusters. We hope that these efforts will contribute to expanding joint research and business opportunities. We also hope that more and more medical care venture businesses will focus on our “Medical Industry City” concept and will start up business using the “500 Startups” framework. Kobe will be a good place for them to tackle big challenges.

In April 2017, Kobe City designated Mr. Hasen Keder Edris, a former Ethiopian government official, as an Africa-Kobe Liaison Officer. He is a leading player in economic exchanges between the city and African nations. “I am engaged in advancing collaboration between Kobe and Rwanda in the ICT industry through accompanying a business mission of Kobe’s companies on their visit to Rwanda,” he said. 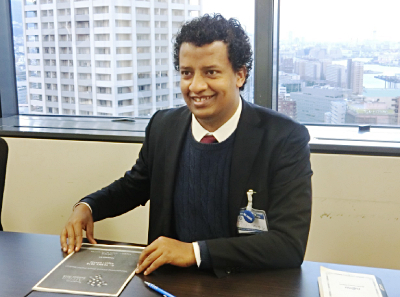 “I am advancing collaboration between Kobe and Rwanda in the ICT industry.” (Mr. Edris)

In 2015, the city also designated Ms. Louise Dendy, a UK national, as a PR Specialist. She is responsible for ensuring that people both inside and outside Japan are familiar with Kobe’s charms and municipal efforts and initiatives. She is a founder of a project to designate non-Japanese nationals living, working and learning in Kobe as Kobe PR Ambassadors, and encourage them to convey the attractiveness of the city through their own networks. 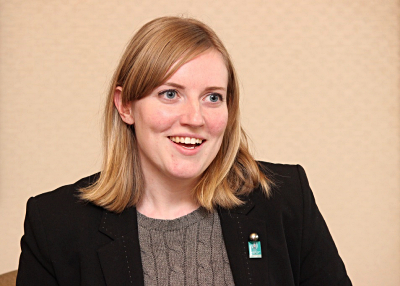 The project selected 19 Kobe PR Ambassadors in FY2016 and 25 in FY2017. “Through SNS, these ambassadors convey the attractiveness of the city to their overseas followers in English and other mother tongues. This approach is beginning to see results. For example, followers, acquaintances and friends who became interested in Kobe through SNS visited the city,” Ms. Dendy said. “Many people may think Kobe is a big city, but there are farms in the suburbs that provide experienced-based tourist activities, such as harvesting sweet corn and strawberries. I want to tell people about Kobe’s unique attractiveness as a city with an interesting mixture of historic and modern perspectives not found in Osaka or Kyoto,” she said, emphasizing the city’s attractiveness.