Introducing the Small and Medium-sized Enterprises Supporting the Olympic and Paralympic Games! 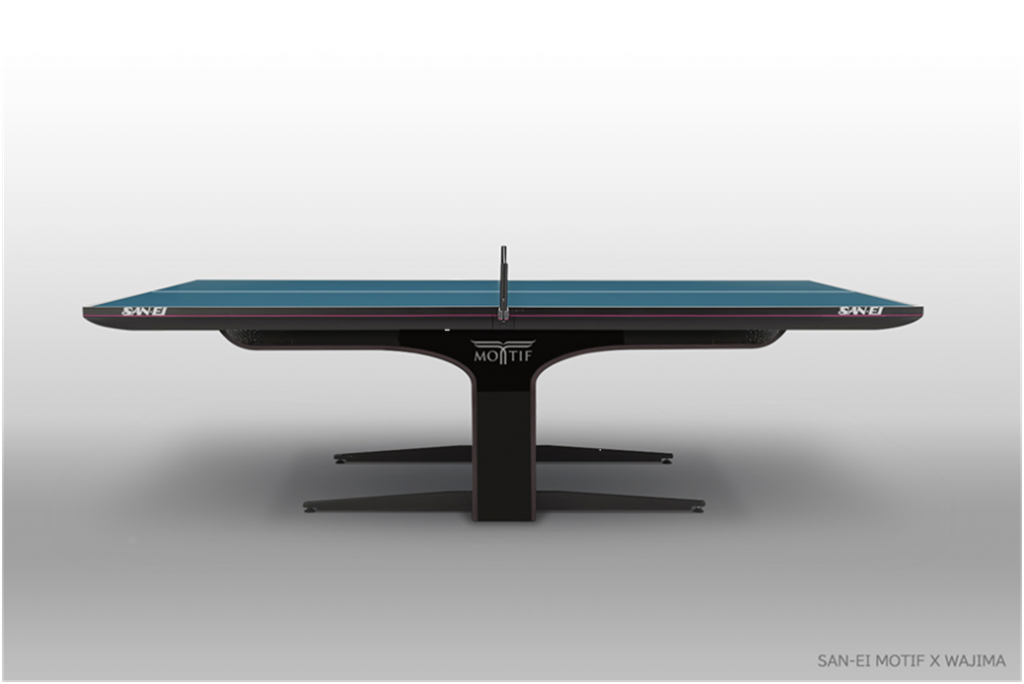 The 2020 Olympic and Paralympic Games were hosted by Tokyo facing unprecedented challenges. Behind the athletes' great performances, a variety of technologies and goods that make use of Japan's world-renowned techniques, culture, and traditions added excitement to the games.

The technology that supported swimmers' comebacks

Swimmer Ikee Rikako won her battle against leukemia to compete in the swimming event, and her peer Ohashi Yui won two gold medals after overcoming a slump. The Mizuno swimsuits the two wore are made with a water-repellent fabric processed by Niigata Senko Co., Ltd. (Gosen City, Niigata Prefecture) which specializes in knit and woven fabric processing. The material for the swimsuits was developed jointly with Toray Industries, Inc. Their fabrics had also been used by sporting goods manufacturers for the London 2012 and Rio de Janeiro 2016 Games, and they worked on research to further improve the quality in preparation for Tokyo 2020. The new fabric is elasticated by fine-tuning the temperature when washing the original fabric. It is then made water-repellent by carefully applying chemicals to each and every fiber. In competitive swimming, minimizing water resistance is the key to winning and establishing records, and a swimsuit's functionality is also an important factor. Swimsuits that made use of the traditional technique of "scouring" have supported the success of Japanese athletes. 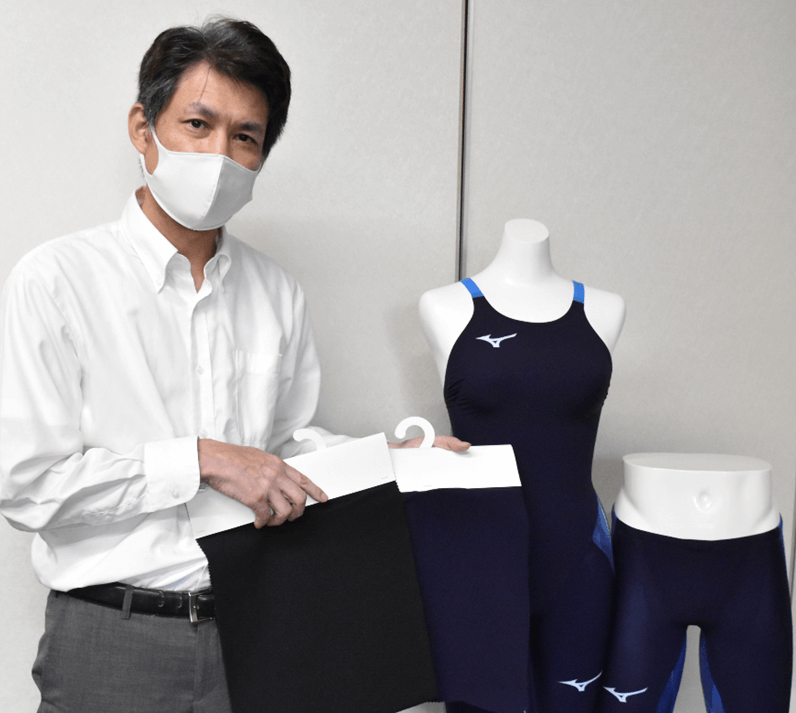 Swimsuits made with a water-repellent fabric processed by Niigata Senko

Bringing Japan's monodzukuri to the world

Japan's table tennis team had huge success in this Olympic Games. Behind the fierce battles and many emotional scenes is a traditional Japanese technique that set the stage for this victory. Strong, beautiful, and high-grade lacquerware, Wajima lacquerware (Wajima City, Ishikawa Prefecture) has been designated as a traditional craft of Japan. In June 2019, SAN-EI, a major table tennis table manufacturer and seller in Japan, made an offer to the Wajima Lacquerware Cooperative Association (producers' association) through Wajima City to apply their lacquer coating to some parts of the tables to be used in the table tennis events at the Tokyo Olympic and Paralympic Games. Aiming to improve Wajima lacquerware's brand strength and to help nurture young craftsmen, the association formed a team of nine craftsmen, including five younger members. Production began in the fall of the same year. Despite gold leaf—their biggest feature—not being allowed to be used, the resulting tables featured a design that is unique to Wajima lacquerware. They have surely conveyed the passion of the craftsmen to the athletes. 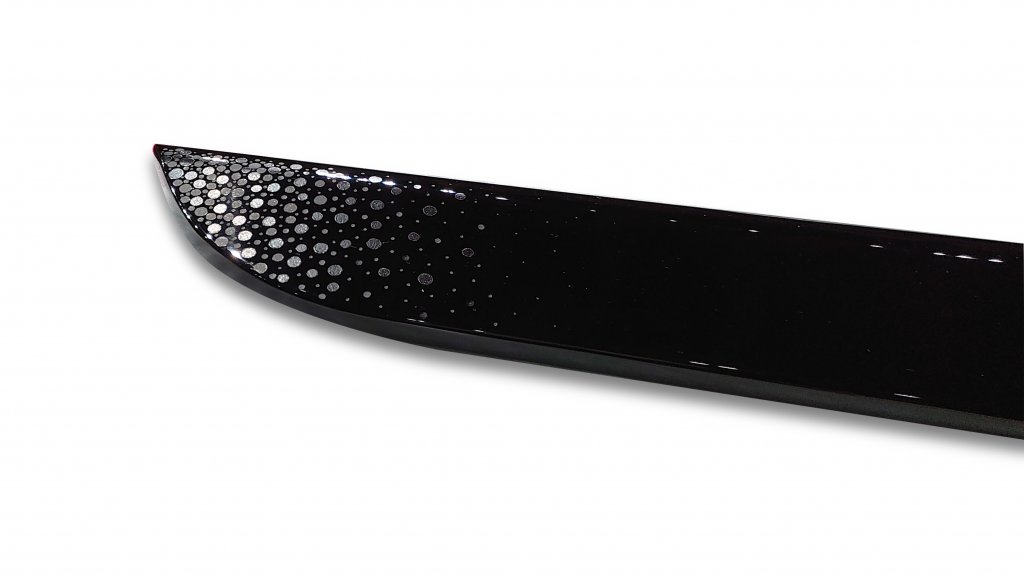 Careful, sheet-by-sheet fabrication infused with the love and care of the craftsmen

At the medal ceremonies, attention tends to be turned toward the gold, silver, and bronze medals awarded to the winners, but in fact, athletes also receive diplomas. The top three winners are awarded medals, while diplomas are given to the top eight finishers. At these Olympics, the 17,600 diplomas for both the Olympic and Paralympic Games were created using Mino washi paper (Mino City, Gifu Prefecture), which is designated as a national traditional craft. The Mino handmade washi paper used for the diplomas is thin but also strong, durable, and consistent. It was produced by all members of the Mino Handmade Paper Co-operative working together. It also has a Tokyo 2020 watermark that can be seen when it is held against the light. The diplomas are carefully hand crafted, sheet by sheet, by the craftsmen, and with a love and care for every detail. The beauty and quality of the special document were not only appreciated by athletes but also recognized globally.

The charm of Japan, created across borders between production areas

Sekishu washi paper (Shimane Prefecture) is one of the nationally designated traditional crafts. With a history of around 1,300 years, mulberry paper in particular is extremely strong and it is said to be the sturdiest washi paper in Japan. It has been used throughout people's daily lives, mainly in a hanshi size (traditional writing paper seize). However, as lifestyles changed, demand decreased, and producers have worked urgently to propose new ways to use it. Thus, Sekishu Washi Cooperative members looked for opportunities to collaborate with other producing areas for traditional crafts. This time, they set their sights on Boshu uchiwa. They visited its production area, and after much trial and error with the craftsmen, produced the collaboration "Uchiwa" by Boshu uchiwa and Sekishu washi paper as an officially licensed product of Tokyo 2020. The craft is a fusion between Sekishu washi paper made sheet by sheet using 100% local mulberry by the craftsmen, and Boshu uchiwa that are handmade one by one using local bamboo. This is an effort by these craftsmen that goes beyond the borders of producing areas to create treasures for the Olympic Games. 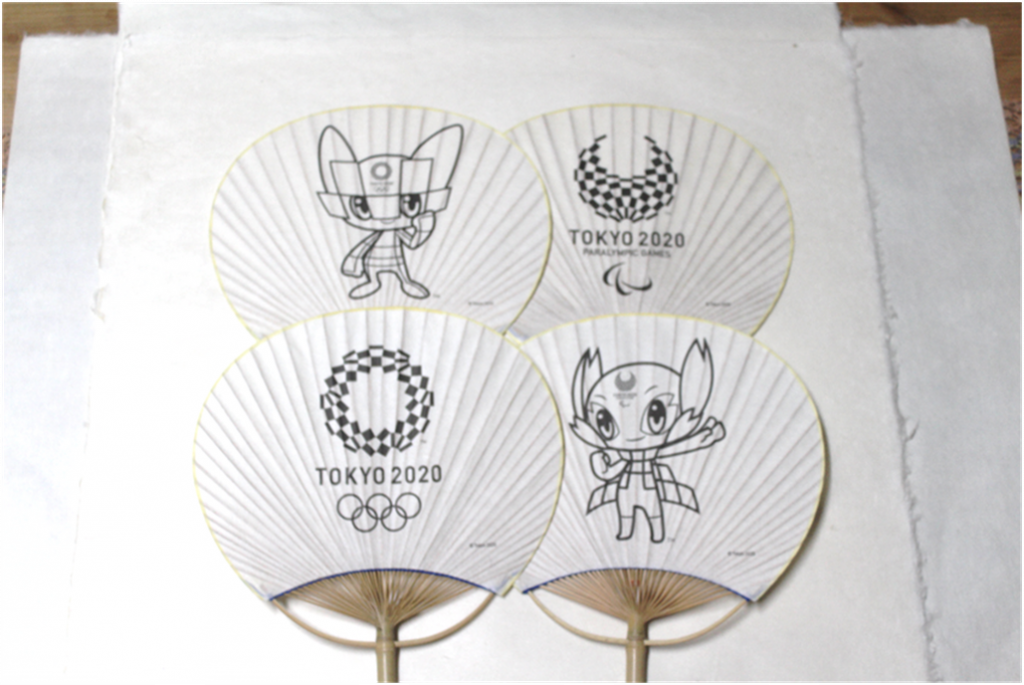