- Please Use Them Correctly and Safely -

Safety and Security
Because of effects like heavy snow and harsh cold waves, more deaths and serious injuries by snowblowers were reported last winter than any other in the last 10 years. (There were seven reports of deaths and five reports of serious injuries in FY2020.)
Due to the COVID-19 pandemic, there is a shortage of snow removal workers again this winter; in some regions, many relatively older people and those unfamiliar with this kind of work are expected to be doing it.
Snowblowers should be handled with caution and the safety features should never be disabled. Be aware of your surroundings and let your family and neighbors know when you are going to use one.

During the last 10 years (FY2011 to FY2020), 40 accidents resulting in injury or death occurred due to snowblowers. 25 of those 40 cases*1 reportedly resulted in death. Victims in all age groups tended to be in areas with heavy snowfall, and accidents are increasing within the elderly population. 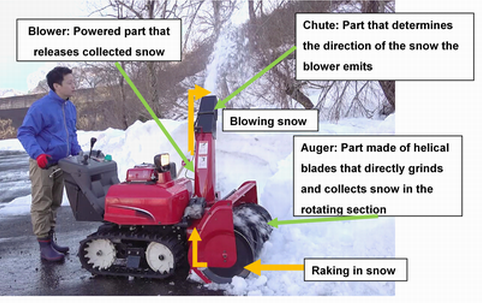 A safety feature that automatically stops the rotating parts and the snowblower's movement when the user releases the operating handle (clutch lever). This prevents the machine from operating when the user lets it go 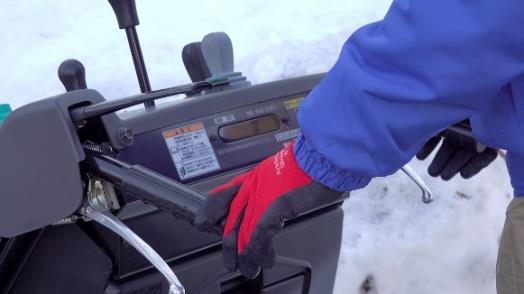 * ”JYOSETSUKI ANZEN KYOGIKAI” has been making safety features mandatory for its member manufacturers' snowblowers (walk behind type) since April 2004. 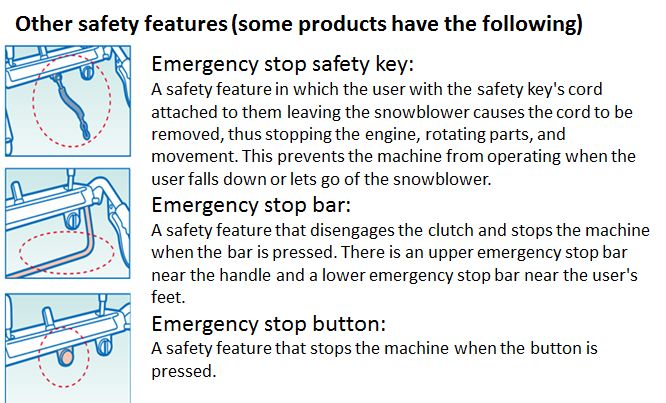 * ”JYOSETSUKI ANZEN KYOGIKAI” has been making safety features mandatory for its member manufacturers' snowblowers (walk behind type) since April 2004.

(1) Accident: Pinned under the snowblower

One person died by being pinned under the snowblower while it was in use.

(2) Accident: Caught between a rear wall and snowblower

The user was caught between the snowblower and a shed's fence; after being transported to the hospital, he was confirmed dead.

The user was trapped between the machine and the iron pipes behind him while in reverse. It is thought that the user was crushed; the movement clutch lever was locked in the "on" position because it had been covered, and the snowblower continued to reverse. 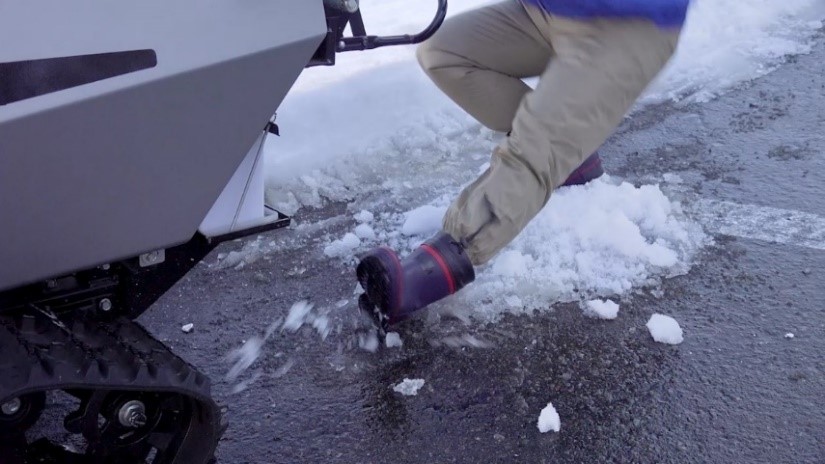 (3) Accident: Caught in the auger

The user was found caught within the snowblower's auger and confirmed dead.

The dead man's clutch mechanism's clutch lever was immobilized with a rope with the snowblower engine still running, so it is thought that the accident was caused by the user moving to the front auger area for some reason and accidentally getting caught in it. 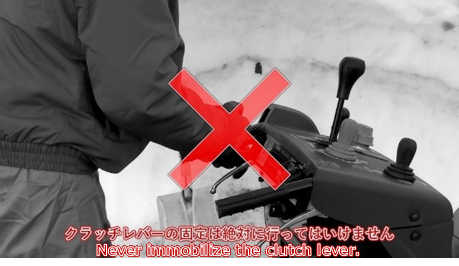 Figure 4: Depiction of disabling a safety feature (courtesy of NITE)

Disabling safety features prevents the snowblower from stopping if the user falls down, and the user may get pulled in by or caught within it. Disabling the dead man's clutch (by immobilizing it, for example) or using the snowblower without the emergency stop safety key installed are extremely dangerous acts that must not be done.

Some older snowblowers (released before April 2004) also do not have safety features like dead man's clutches. These models must be used with even greater care. It is safer to use models with safety features such as emergency stop bars and buttons.

While trying to remove clogged snow in the snowblower chute exit, the user injured a finger on his right hand. 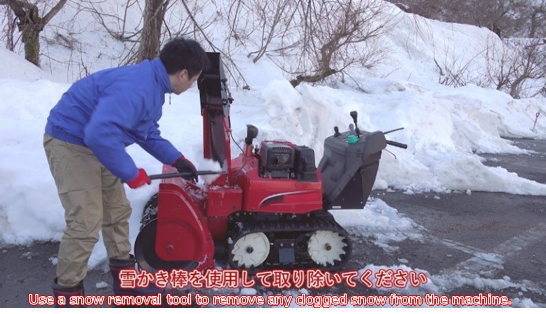 Figure 5: Depiction of snow removal tool use (courtesy of NITE)

In addition to the Ministry of Economy, Trade and Industry, the Consumer Affairs Agency and the National Institute of Technology and Evaluation (NITE) are issuing calls for attention related to snowblower accidents today.