On August 1, Mr. Hagiuda Koichi, Minister of Economy, Trade and Industry met with Dr. Greg Hyslop, the chief engineer of The Boeing Company, and signed an Agreement between the Ministry of Economy, Trade and Industry of Japan and The Boeing Company on Cooperation in Aircraft Technology, with the aim of strengthening cooperation toward creating next-generation aircraft.

Based on the long-standing mutual trust between Japan and Boeing in the aircraft field, METI and the latter have agreed to strengthen cooperation with the aim of creating next-generation aircraft, in order to make Boeing's future aircraft more competitive and to develop Japan's aircraft industry further.
(This agreement is a revised version of one signed in January 2019.)

2. Details of the agreement

・METI and Boeing will further pursue technical collaboration in the field of sustainability and investigate the feasibility of electric and hydrogen powertrain technologies in aircraft.
The parties will collaborate to explore the technical feasibility of next generation aircraft and assess the market impact of such aircraft.
・METI, pursuing the realization of next generation aircraft, will endeavor to provide necessary support, including for research and development, and market and technology assessments.
・The Boeing Company, utilizing the Boeing Research & Technology– Japan Research Center, will work towards the implementation of applicable technologies.

Photo from the signing ceremony 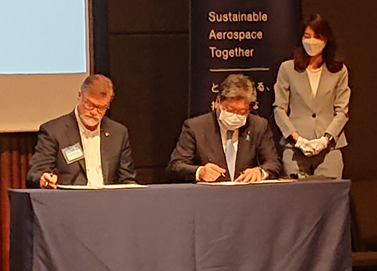 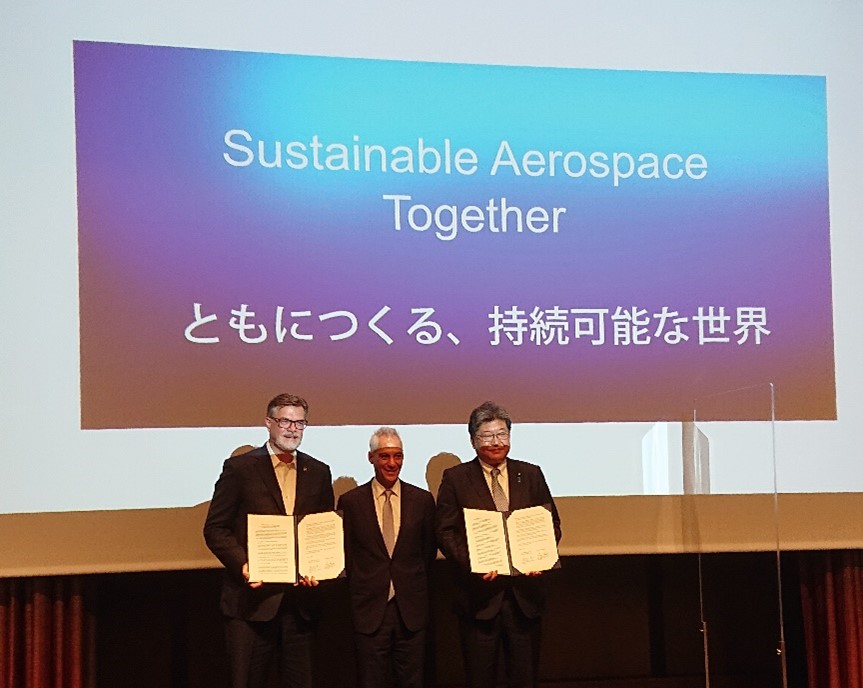 The signing took place in the presence of the Honorable Rahm Emanuel, Ambassador of the United States to Japan (in the center in the photo).