METI Minister Hagiuda visited the United States of America (San Francisco, Washington D.C) from July 27 (Wed.) to 31 (Sun.). While in San Francisco, he visited Silicon Valley and exchanged views with startup stakeholders. While in Washington D.C, he attended a ministerial meeting of the Japan-USEconomic Policy Consultative Committee (Economic 2+2) and held one-on-one meetings with his counterparts.

The Minister visited Silicon Valley, the world's preeminent hub for startups. He also exchanged views with startup stakeholders and other involved parties.

At Stanford University, he exchanged views with people representatives from  Byers Center for Biodesign and the SPARK program. The center's work includes developing solutions based on front-line needs in health care, and the program serves as a bridge between academia and industry. At Google's headquarters, the Minister met with Senior Vice President Prabhakar Raghavan and exchanged views with him on subjects such as nurturing startups and creating conducive environments for innovation. 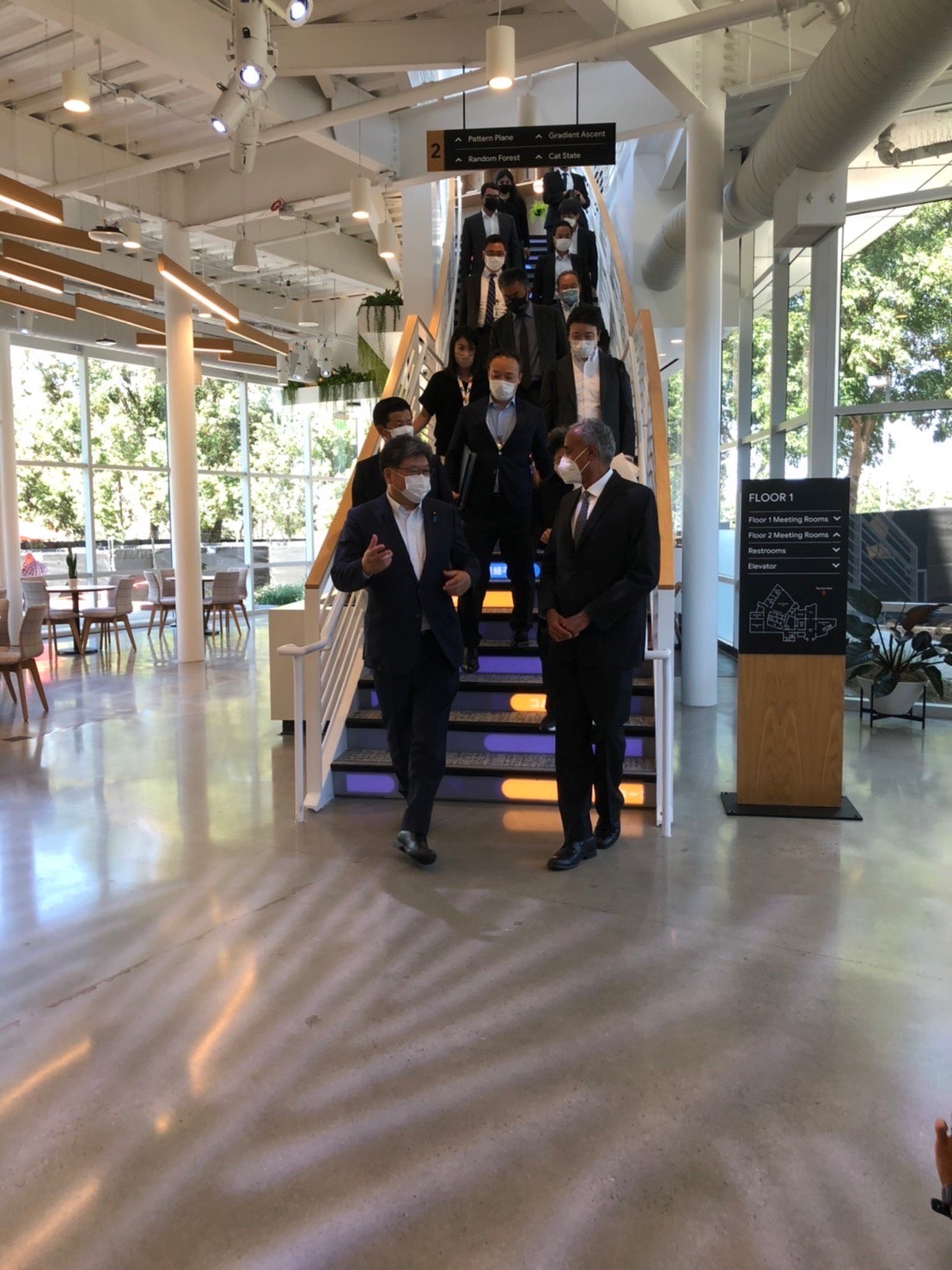 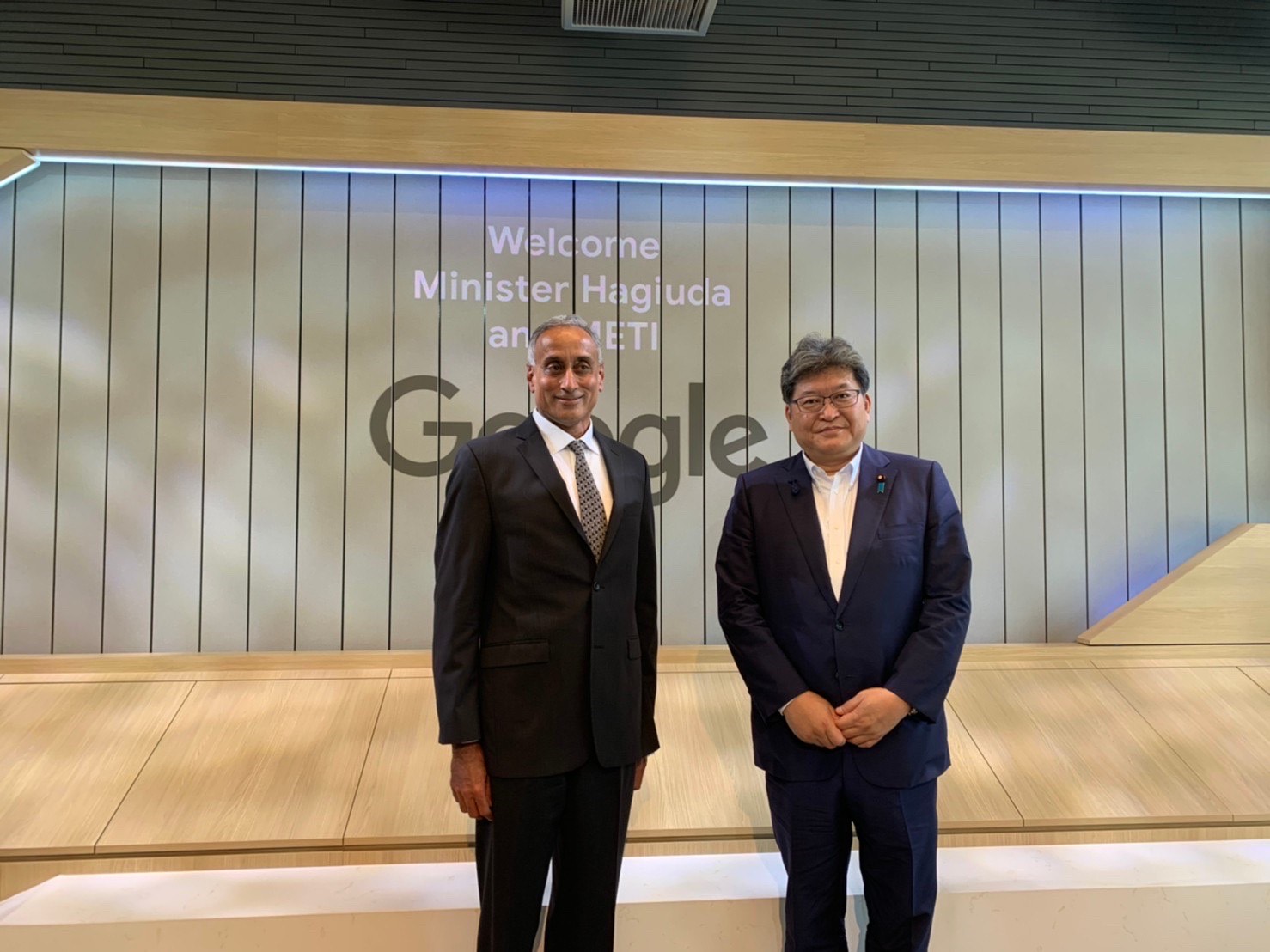 The Minister met with investors and entrepreneurs playing active roles in Silicon Valley and exchanged views with them on topics such as the current situation and issues regarding startups, and measures to strengthen the startup ecosystem of Japan.

Minister Hagiuda attended a ministerial meeting of the Japan-U.S. Economic Policy Consultative Committee (the Economic "2+2") together with Foreign Minister Hayashi, Secretary of Commerce Raimondo, and Secretary of State Blinken.

(2) Meeting with H.E. Gina Raimondo, the U.S. Secretary of Commerce

In addition to confirming the results of the Economic 2+2, Secretary of Commerce Raimondo and Minister Hagiuda discussed topics  such as cooperation on semiconductors and the Indo-Pacific Economic Framework (IPEF). Minister Hagiuda had a meeting with the US Trade Representative Tai.He confirmed with her that they will work together to address market-distorting measures. They also discussed topics such as the Indo-Pacific Economic Framework (IPEF) and business and human rights.